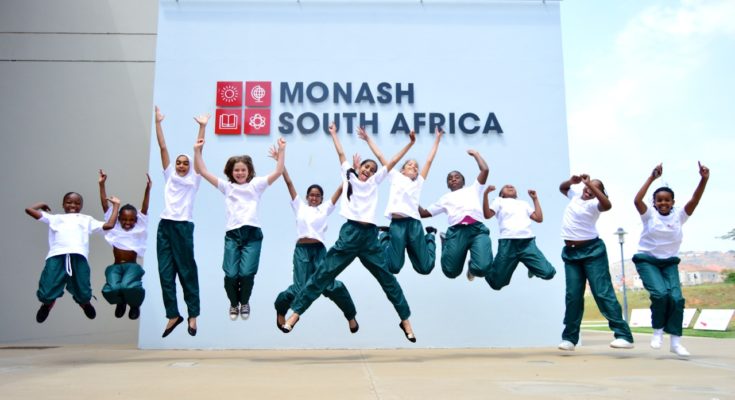 Schools from across the Southern Africa Development Community (SADC) will be putting their knowledge to the test and competing for top honours in the National School Quiz Championships (NSQC) with the activities kicking off  on Friday, 7 December 2018. The championship will be hosted at Monash South Africa (MSA) at their Ruimsig campus. The ambitious high school students are travelling to South Africa from Zimbabwe, Zambia, Namibia, Botswana, and Swaziland.

NSQC is a televised academic school quiz programme open to all high schools across the SADC region. The ultimate goal of this competition is to encourage and celebrate academic excellence, regardless of race, gender or social class.

Schools will be competing for the prestigious NSQC World Championship Trophy, as well as the grand cash prize of R100 000 for the winning team. The prize money is divided between the school, teacher and students. In addition, MSA will be rewarding the winning team by contributing towards scholarships for the learners. So far, NSQC has awarded R5,7 million in scholarships in the last three major tournaments.

“MSA is honoured to host and reward the incredible learners competing in South Africa this December. This academic tournament does a phenomenal job of testing the breadth and depth of their knowledge, and educates the competitors in an exciting but challenging way,” says Prof Alwyn Louw, President of Monash South Africa. “NSQC evaluates their knowledge regarding, science, maths, history as well as literature, and will thoroughly assess their general knowledge and knowledge of Africa,” Prof Louw adds.

This is the second time that the NSQC tournament will be successfully hosted in South Africa at MSA. Some of the high schools include Baobab College and Chengelo International, both from Lusaka in Zambia, Leap PTA (Pretoria) as well as Kingsridge Girls (King Williamstown) from South Africa, and Marist Nyanga (Nyanga) along with Prince Edward (Harare) from Zimbabwe.

If you are interested in viewing the championship, you will be able to catch it LIVE on HStv.co.zw including live interactive streaming on NSQCtv facebook page and further rebroadcasts on ZBC TV, ZNBC, BTV, DSTV 319 Mindset, Kwese iFlix and Swazi TV.

The Monash South Africa (MSA) campus in Johannesburg is dedicated to support South Africa and the continent to meet its diverse economic and educational needs by producing graduates that are internationally relevant.

The MSA curriculum is collaboratively designed by academic and industry experts. MSA provides customized articulation pathways that support life-long learning and develops graduates who are innovative problem solvers. MSA graduates are equipped with the knowledge, competencies and skills to lead change, shape the future, shape industry and shape the world.

MSA has two academic faculties: The Faculty of Business, Engineering and Technology, and The Faculty of Social and Health Sciences, as well as a one-year pathway Foundation Programme that articulates into MSA undergraduate degrees.