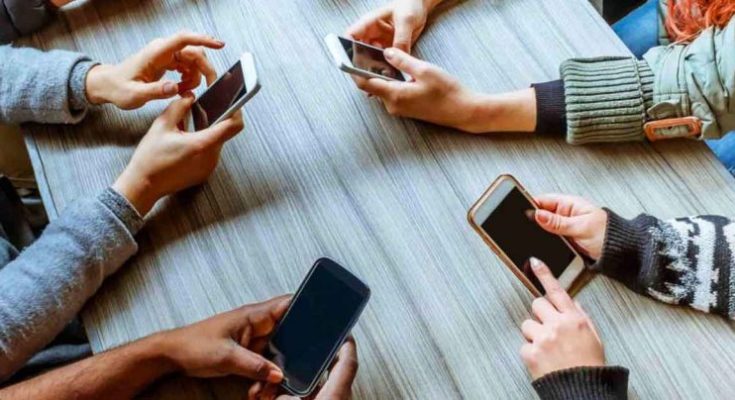 Excessive online use puts your immunity at risk

A new study hints that too much time online could put one’s immunity in jeopardy, increasing the risk of colds and flu by 30%.. The recently released research study, which was conducted by Swansea and Milan Universities, found that those who spend in excess of four hours a day online for personal use, (over and above work) reported more cold and flu symptoms than those who spend less time online. The study involved 500 men and women between the ages of 18 and 100.

Mariska van Aswegen, spokesperson for Pharma Dynamics – one of SA’s leading providers of colds and flu remedies – says SA’s 24.9 million internet users should take note. “According to We are Social – an international social media and marketing agency – South Africans already spend an average of five hours a day online whether they’re on a PC, laptop or tablet and on top of that an additional three hours could be spent surfing the net on their cellphones, which puts their immunity at even greater risk.

“Most internet addicts also have other bad habits that can suppress their immune system and make them more susceptible to infection. These include lack of sleep, eating too much junk food, not exercising enough, and they tend to smoke and drink more alcohol compared to those who are less concerned about being connected 24/7,” she remarks.

In addition, the study found that those who are addicted to the internet may experience even more stress when being unplugged from the net, and that this cycle of stress and relief may lead to an increase in cortisol levels.

“Cortisol is the stress hormone released by the adrenal glands, which plays an important role in regulating the immune system,” says van Aswegen. “If you’re experiencing a lot of stress – in this case as a result of being disconnected from the web – your cortisol levels remain elevated, which can lead to more regular infections, such as colds and flu, chronic inflammation, allergies and even autoimmune diseases.”

Excessive internet use by young people could also lead to withdrawal symptoms similar to substance abusers. A study conducted by the Department of Adult Psychiatry in Poland Medical University, showed that internet addiction was seen to be quite common among young people. Based on the study, every fourth child was addicted to the internet, which is concerning as children are still in their formative years.

“These days, access to the internet is mandatory in most schools and teachers expect learners to use the internet to do their research. This makes it important for parents to review their approach when it comes to educating children about technology and to limit their internet use, at least while they’re at home.

“Screen time in general should be restricted to an hour a day for children between the ages of 2 and 5, and no more than two hours a day for those aged between 5 and 18.

“It’s easy for all of us to escape to the internet when we feel overwhelmed, stressed, depressed or lonely. It’s the one thing that provides us with a constant, ever-changing source of entertainment, information and tools that are accessible through TVs, PCs, smart phones and tablets, but aside from increasing our risk of infection, too much time online can also lead to a host of other ills. These could include decreased productivity at work or at school, overspending when e-shopping or gambling for example, while excessive use of social networking sites takes bonding time away from family or friends.

“It doesn’t really matter if you use the internet to shop online, for social media, gaming, trading shares or work, it’s the amount of time you spend online that makes you more susceptible to illness, and which we should guard against. How much time however differs from one individual to the next.

“One way to determine healthy vs unhealthy internet use is by a person’s decision to interact online instead of in person or spending time online instead of dealing with important tasks in life. If you start isolating yourself from friends or family to spend more time online or become defensive about how much time you spend on the net, you might have a problem and need to re-evaluate your screen time,” says van Aswegen.

In SA about 11.8 million people are considered to have active social media accounts and of them all South African internet users spend most of their time on WhatsApp, followed by Facebook. (source: Global Web Index)

Previous PostHow to bring your A-game to the interview room Next PostStrategies for success: Before, during and after exams

5 Most Popular Languages In Zambia